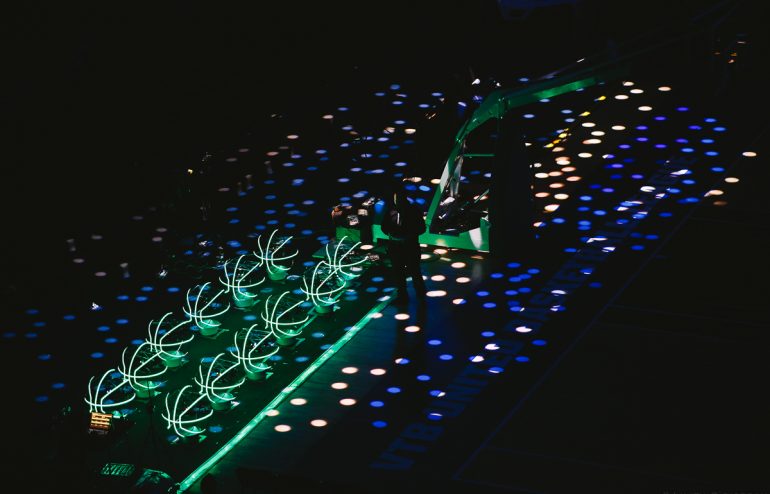 Our company in collaboration with Interactive Lab and “Pitch group” presented one of the show programs during the match of all stars of the VTB United League in St. Petersburg. Our devices broke at least the same amount of applause from the audience, as the best Europe basketball players in the “Yubileyny” sports Palace.

Tsuru Robotics is the only company in Russia that creates autonomous drone shows while constantly improving the program. For the first time in our country, a group choreography of 12 drones was carried out. The vehicles started the show during the time-out between the third and fourth quarters of the main match and performed more than three-minute “dance”. Large drones were “dressed” in costumes, stylized as basketball balls. SIBUR and Wilson designed “Ecoball” – basketball balls made of orange-and-blue recycled plastic specifically for this match. Led lighting costumes of drones, shimmering, repeated these colors.

Anton SOLOMIN, a basketball columnist for “Match TV”: “It was terrifically beautiful and even a little scary! The rise of the machines has never been so close. This show was really unexpected for most of the guests. The performance was, certainly, unusual – no one has seen this before”.
More information on project page.