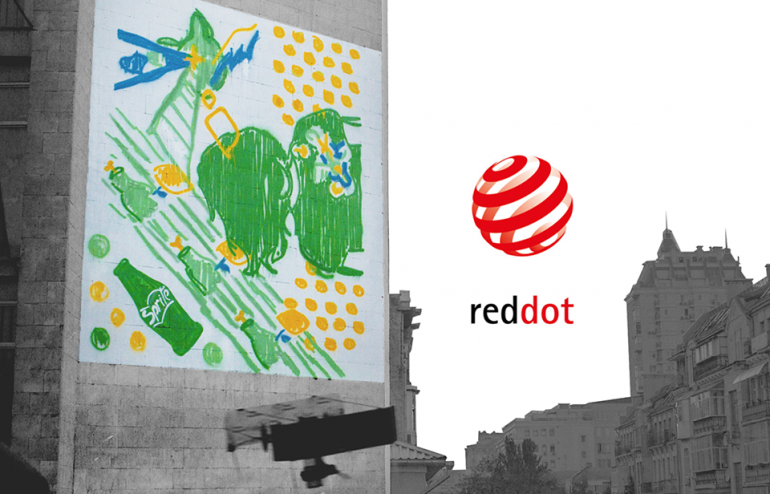 The project of one of the world’s largest advertising agencies Saatchi & Saatchi — mural for Sprite in Kyiv, drawn by Tsuru Robotics graffiti drone, won the Red Dot Design Award-2019. This is the most prestigious award in the field of design, awarded by the “Design Center of North Rhine-Westphalia.” Designers and companies are awarded for exceptional achievements in the design of consumer products. The nominations are divided into three categories — industrial design (consumer product developers), communication design (product advertising manufacturers), and conceptual design. The first award was held in 1955. The award in the field of communication design started in 1993. Our project won the prize in this category.

The project happened in September 2018. Tsuru Robotics automatic graffiti drone drew a Sprite mural on the wall of the house. The six-by-six-meter image was drawn at a 14 meters height. The work took four days. The first day was spent on the installation of the positioning system. And then – three days of drawing in extremely windy weather.

According to the organizers of the competition, our picture was chosen from hundreds of advertising murals. And the victory was brought by the innovative use of an automatic drone.