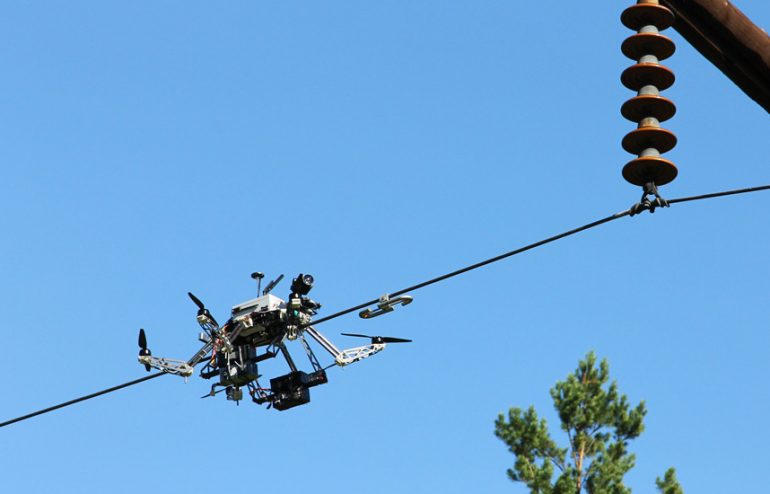 The new Cablewalker system, designed for diagnostics of live high-voltage power lines by utilizing drones, was tested on the 110 kV line between the Novo-Sverdlovsk Thermal Power Station and the village of Dachnaya. Tsuru Robotics has designed the system that an unmanned vehicle to land on the line and take off from it in various landscapes and weather conditions. We have also solved the problem of electromagnetic compatibility of the flying devices with a working line.

During the tests, the Cablewalker took off automatically, reached the given location over the line, and landed on it. At that point, the wheel module was engaged, and the Cablewalker began moving along the section of the line. At the previously determined distance from the pole, the drone stopped, automatically took off from the wire, and flew over to the next section. The entire time during these maneuvers, it was submitting data to the control center.

As a result, the Cablewalker has become the first working live power line diagnostics robot in the world.