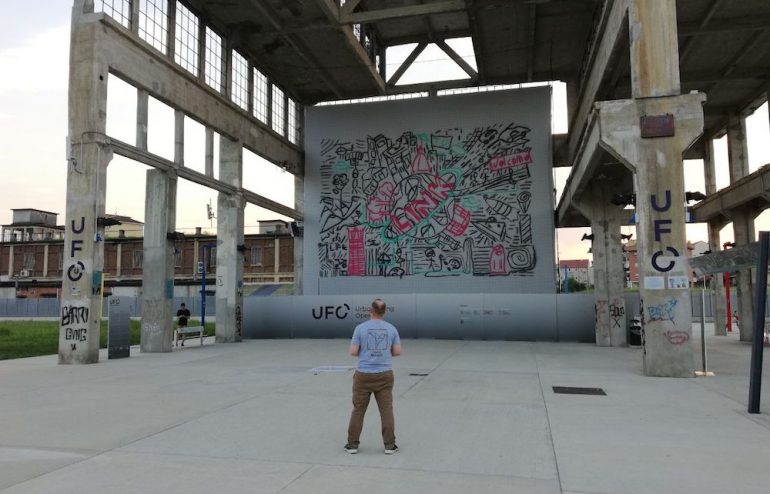 The historical event happened in Turin on June 25-26, 2019— four autonomous Tsuru Robotics graffiti drones created the world’s first drawing (10 by 15 meters) on the building. Most significant technical web-sites told about this event.

Web-site cnet.com notes that now the famous graffiti artist Banksy had real rivals in the creation of large canvases — drones.

Web-site wired.com quotes Carlo Ratti, Director of the Senseable City Laboratory at the Massachusetts Institute of technology: “The city is an open canvas, where people can inscribe their stories in many ways. Such processes have always been happening; however, with UFO, we tried to accelerate them, imagining expressing oneself through painting in a new way, thanks to drone technology.”

Web-site techcrunch.com is sure that what four Tsuru Robotics drones made in Turin, was much steeper than the wall paintings of the drone from Disney.

About the UFO project. Tsuru Robotics CTO Nikita Rodichenko spoke in an interview with RIA Novosti about the future of drone delivery in Russia, as well as about the experience of our company in this field. In his opinion, mass transportation of goods by drones may begin in the coming years – even though there is no specific demand for such delivery in Russian cities yet.

Technologies in the area of drone delivery in Russia are actively developing, mass transportation by drones-couriers can begin in Russian cities in 2021, Tsuru Robotics (resident of The SKOLKOVO Foundation) co-founder Nikita Rodichenko said.

According to him, pilot projects with drone delivery may begin in 2019. “I think we have everything to carry out pilot projects in 2019. However, the real application, I think, will not appear until 2021, because there are many issues with current regulation. However, pilot projects may happen now, and in mass”, he said.

Rodichenko said that in 2016 Tsuru Robotics conducted a pilot project with the Siberian clinical center for the delivery of blood by drones through Krasnoyarsk. “We planned to continue to deliver the organs, but the project “hung”. We used both technologies for precise landing and flight in an urban environment. In Russia, oddly enough, there is no demand for the drone delivery in cities, although the topic is popular, and abroad – there is a great demand,” he said.

“We are still negotiating with the Siberian clinical center. Perhaps shortly it will be possible to repeat the pilot project because there are technologies for this, but the question is in demand, in expediency,” he added.

According to the expert, in some cases, the delivery of drones is beneficial to companies both in terms of availability and financially. So, unmanned systems are useful where there is no access for ordinary couriers, as well as on remote routes, for example, to drilling rigs or secluded settlements. “Now drones are already delivering medicines and food to remote facilities. Drones, not necessarily multirotors, which are capable of carrying tens of kilograms, will be an integral part of the logistics infrastructure,” Rodichenko said. Journalists from«Pyatnica News» called the employees of our company people from the future.

The video is available on Pyatnica News web-site: