We created an unmanned aerial vehicle that allows solving the problem of protecting extensive areas. The drone works in two modes – regular patrolling and departure for an alarming call.

During patrolling mode, the drone moves around the perimeter of the object at a speed that is at least 15 times higher than the human patrol. Also, the drone can work in the rain, fog, and — thanks to the thermal camera — in the dark (when human patrol, even with a service dog, is ineffective).

The fast-moving drone replaces numerous surveillance cameras, as it monitors every meter of the perimeter at intervals that do not allow to penetrate unnoticed. The device takes off, fly around and land in a pre-programmed schedule. Drone with dimensions of 1 m can be in the air for up to an hour.

Cameras transmit data to the operator’s monitor. Seeing the offender, the operator of the drone gives the order to pursue and observe him and sends rapid response team. The operator does not need any special skills to interact with the drone – the design of the system doesn’t require specific training. The system does not need the installation of any external devices, all equipment is placed in the security room with other devices.

Thus, the use of drones eliminates most of the shortcomings of traditional methods of protection. Drones are much more mobile, can operate in almost any environment and are almost independent of the human factor. That makes them almost an ideal instruments for security. 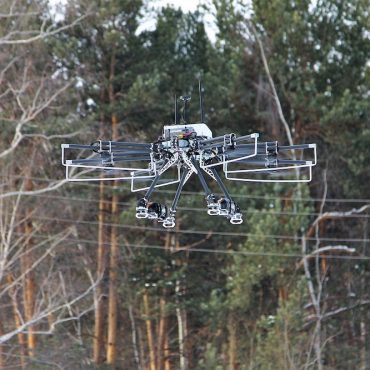 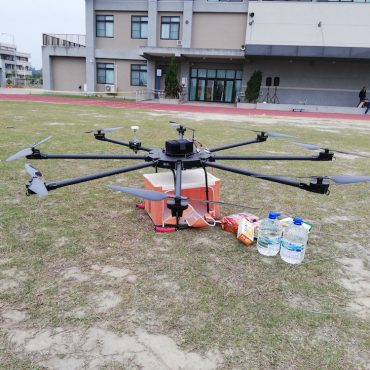