A historical event happened in Turin on June 25-26, 2019 — four autonomous graffiti drones developed by our company created the world’s first drawing on the building.

In mid-2018 Tsuru Robotics joined UFO project – creating art in Turin with four graffiti drones. The project, which was sponsored by the Italian Compagnia di San Paolo, stands for Urban Flying Opera. Urban — because the project would be implemented in Turin, Flying — because it would involve drones, Opera — because of the scale of the project.

According to the initiators of the project, it all started with the question – how can we use technology, and in particular drones, to make our cities more beautiful and creative? To answer this question, they decided to start that was open to everyone: through a special application, anyone could share their drawing, idea. Then the drawings were collected by a group of curators, and based on them a giant collective work of art was created.

What other problems needed to be solved? For example, to organize the work of several drones, it was necessary to combine the technology of group behavior that we have developed for the drone show, and graffiti drone technology. Moreover, the new technology allows you to use almost unlimited number of drones for drawing. Drones do not collide and do not interfere with each other due to specifically developed trajectory planning in real time.

The event, divided into two sessions six hours, happened as follows. First, the drones applied one color (the first layer of the picture), then — a different color (four colors – light gray, dark gray, turquoise and pink) — the second, then the third and fourth. The result was open to the public canvas size of 10 by 15 meters. It took 24 cans of spray paint to create the artwork. The total length of the lines drawn by drones was 620 meters!

The project was implemented within the framework of the Italian technology week. 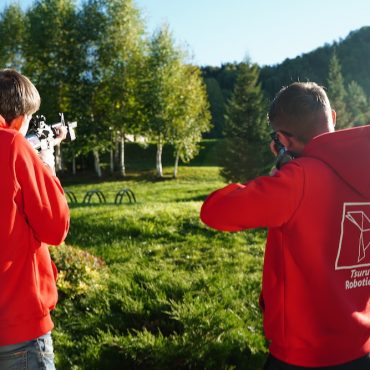 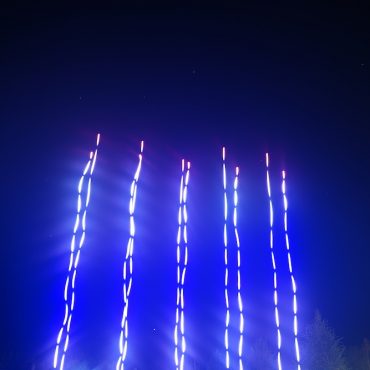 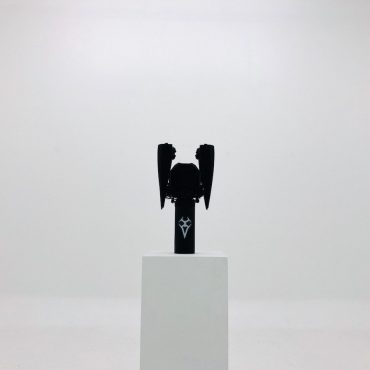